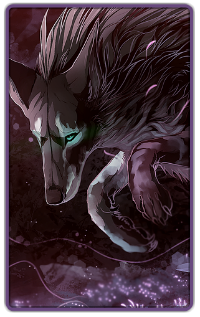 Finally. Zinnia had finally arrived here, she thought to herself silently. After many miles of hiking through the nasty weather, endlessly, and almost nonstop. After training on the way here, to hopefully survive the wrath of her opponent. To become as strong as she could, to unveil ultimate knowledge, she had finally reached it. Hasora's Village. It twas a small, abandoned village, up in the middle of nowhere, somewhere in Frostbite Falls. Zinnia wasn't even a hundred percent sure how she had discovered this place. She had heard rumors that a powerful demon dwelled here, but could these rumors be true? Could all this traveling really be worth it? She was exhausted, tired, and wounded from traveling. Was this all really a good idea? Her eyes stared with uncertainty up at the old house, the only one that seemed to be intact. If she entered, would she return?

Well, she had certainly come this far, there was no backing out of it now.

With a tired grunt, she forced herself to travel up the snowhill, fighting against the wind as she climbed. While she did have control over wind, she was exhausted to a point she didn't even think was possible. She was about ready to collapse, and this wind was beyond control. Gasping, she dug her claws into the snow, hauling herself up the mountain, practically dragging herself across the snowy floors, into the warm, welcoming wooden house. Using her claws, she slid them into the cracks in the door. Luckily, it was unlocked, and opened fairly easily.

Falling to the ground with a grunt, she tumbled into the house. Cold wind pushed against the door, shutting it closed with a loud smack! Zinnia didn't have the energy to actually lock it, and gasped, licking her wounds. Despite the cold from outside, and the obvious holes and degrading of the house, the room was surprisingly warm.

To Zinnia's great surprise, several candles were sitting in a circle, all circling a mysterious photograph. The candles were all lit..... but how was that possible? This city had been abandoned for years. Unless.....

Approaching the burning candles with what little strength she had left, she approached the photograph. To her surprise, and great discomfort, the photograph was blank. However, there were words written on it. The words seemed to be completely disoriented, and in a complete foreign language. That was, until she reached the bottom of the words. There, written at the bottom, was a sentence that would change her life forever.

Speak these words to summon the demon....

Taking a deep breath, Zinnia considered what she was doing. Was it really wise to summon a demon? It was, no doubt, dangerous, especially in her current state. It could kill her easily..... taking another deep breath, she nodded to herself. This was what she had wanted. She wouldn't come all this way just to be halted.... Stepping out of the circle, she started chanting.

Time seemed to stop, as a suddenly burst of flames appeared from the candles. Zinnia hissed, stepping backwards. The flames grew higher, and a black portal appeared, taking the form of a triangle. An eye suddenly appeared in the center of the triangle. The triangle looked at Zinnia, before it suddenly started transforming, taking the form of a red, black, and yellow, winged, horned wolf.

There was a loud boom, and the wolf looked around, chuckling. Zinnia blinked, awestruck at what had just happened.

"Ah, Pandora! I haven't been here in a while. Quite some time, I'd say. How many years has it been? One million? Two million? Ah, who cares!" said the demon, flexing his paws. A bright, blue flame appeared from his paws, and he blinked, watching it.

"I guess this world's magic is weaker then I last remembered. Normally the rules of dimensions don't abide for me, but this world's an exception!" he said with a chuckle, letting the flame go out.

Zinnia watched the demon her eyes wide. She then remembered what she had planned to do, and straightened her body, staring at the creature with deep, dangerous eyes, taking up a dominant stance. "Hello, demon. My name's Zinnia. I have summoned you to ask for a-"

"Yea, yea, favor, I know. Or perhaps assistance? Oh, whatever. Doesn't matter for me, as long as I get to destroy stuff! Hey, the name's Tyron Cipher. Nice to meetcha!" He said with a chuckle. Zinnia noted how his voice sounded almost unnatural. Like a robot.

Flicking her tail, Zinnia said, trying to sound civilized, "Right..... Tyron. I have summoned you to help me achieve upper knowledge. You're a demon, aren't you? Do demons not possess knowledge of all the creatures of this world?"

Tyron studied Zinnia, tapping his chin with a paw, hovering in the air a few feet above the candles. Thinking, he suddenly said, "Indeed! I have upper knowledge of many things! And while I still have the knowledge of this world, I also.... don't. It's confusing, really. This universe doesn't abide by normal rules, so It's a little tricky to grasp, even for a demon as powerful as myself.

This was interesting. So the demon possessed knowledge of many things, yet he knew little of this world? Strange.....

Suddenly, the world seemed to become unfrozen, and Tyron floated to the ground, trotting around her, "However, if you're looking for upper knowledge, I do know something that could help you!" he said. Using his fire, he made a replica of an old, hard cover book.

"You see this book? This was crafted by a powerful god..... or, well, someone with a lot of knowledge! Find this book, and you could unlock the secrets of the universe! I can help you find it. I will be by your side, twenty four seven. However, once you retrieve the book, you have to do a little something for me in return...." said the demon with a chuckle, flicking his wrist, and making the fire disappear.

This was tempting. It was highly unlikely the demon would reveal what he wanted her for. But nonetheless, she was here. Zinnia was willing to give up anything, if it meant true knowledge. She smirked, tapping her claws on the ground.

"So, do we have a deal?" asked the demon, flicking his paw, blue fire appearing from it. Oddly enough, no heat came from the blue fire. "Oh, and no, I'm not going to tell you the details. Not yet, anyway!"

Zinnia thought long and hard about this. If this demon was as powerful as he said..... well, she could really use that kind of power. But still.... was it worth it? For all she knew, he could desire her soul. What would she be releasing onto Pandora if she agreed to this thing's terms? Sure, Kaseki could probably defeat him, but......

"The clock is ticking...." said the demon, showing a fire clock for dramatic effect. It was obvious he was growing impatient, from that bored expression on his face.

There was no going back from this decision. Taking the demon's hand, she shook it, saying with an affirmative voice, "Deal!" as soon as she spoke those words, her hand caught on blue fire, but it didn't hurt. The room flashed a variety of colors very quickly, before it returned to normal.

Flicking his wrist, the demon chuckled, and glanced at Zinnia, smirking. Suddenly, Zinnia began to feel light headed. With a fainted gasp, she fell on her side, falling unconscious from lack of sleep..... 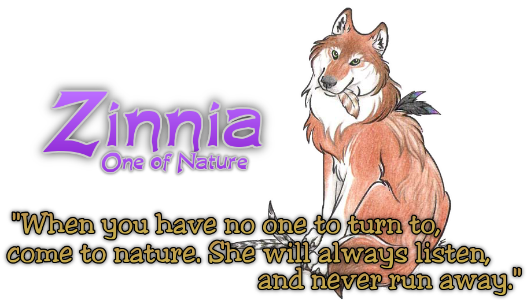