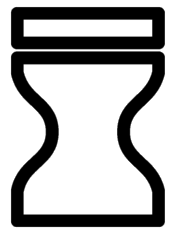 The Shinobi World that this Sunagakure had seen first began in complete chaos. There were clans constantly demolishing each other over land disputes. There were small innocent homes being destroyed because there was nobody to stop the criminals and take control of the madness. People were constantly dying and in pain. Nobody seemed to care and those that did were too weak to do anything about it. Then, that was all said to have changed when a "god" introduced wonderful magical power to those that wished to do good in the world. He called it chakra and he told the people that wished to make peace to do so with it. So, they found themselves capturing criminals and saving lives. However, they were still too weak to be involved in the clan wars. What were they to do?

Four people, one man and three women, decided they would get together and try to solve the problems of the clans. They found themselves often asking the clan members what their number one issue was with the other clans. Every time the dispute over land was brought up. Eventually, the four had brought themselves together yet again. "We have to separate the land." They all had said at the same time. It was almost as if fate had brought them to the same conclusion. It was almost as if this "god" had always wanted the land to separate. The four would decide where they wanted their villages to be placed. Seraphine would take the large mass of land surrounded by water it would be called Kirigakure. Asami would find herself building her village under the ground it would be called Yomigakure. Hiro would find himself building his village among a place full of nature. It was would be surrounded by trees, grass, shrubs, fruits, and rivers. It would be called Ohanagakure. The last woman, Kazumi, would find herself basking in the heat. Her village would be build on nothing and by nothing but sand. Sand for miles and miles. It seemed like the perfect place for her. It would be called Sunagakure.

The four village leaders then met back up once again. "We'll all go our separate ways. We'll find out what atmosphere would be best for each clan and direct them on their ways. We'll see how well this works." They all agreed and went on their merry ways. Each village leader did their jobs honestly and sent any clan that would accept towards their new home destination. It would take quite a but of negotiation but eventually it was finished. For the last time, all four leaders would meet again, "It seems as if we have done right. I wish you all the best of luck. Never lose sight of the goodness you have done. Run your homes with the utmost grace and happiness. I'm sure we'll meet again some day with wonderful tales of our homes." They had all said something along these very lines to one another and separated. Little did they know that hard times were still to come and the only place they'd all meet again was in the afterlife.

Kazumi's village was filled with those in love with sand and seclusion. Her village was filled with those that relied on climate to protect them. It was filled with those that had hearts that shined brighter than the very sun that hung above their heads. She enjoyed these aspects of her villagers. She enjoyed their company and had no doubt her village would prosper. These very clans got along perfectly well. Kurumi couldn't ask for a better village and for 10 years they lived in peace and harmony. For 10 years, they built their village string and mighty. Kazumi had taught many of the men her abilities and even helped develop them into their own. However where there's peace, war is sure to follow.

10 years had passed when everyone finally began hearing of violence and outbreak. It seemed as if Asami, the Queen of Yomigakure, had managed to destroy the village of Ohanagakure and slaughter Hiro. Kazumi couldn't believe it. Hiro had always been the voice of their group. He had always been the most mature. He had always loved Asami and she slaughtered him. Kazumi knew her time was to come and she knew Seraphine wouldn't let this side. So, she waited and waited. She geared up her village. They were ready.

It was the dead of night when Asami arrived. It had cooled off immensely and the desert was now bearable. Sungakure was ready. They fought hard against Yomigakure but they were almost too much. However as expecited, Kirigakure also found their way to Suna's doorstep and without a doubt the two villages defeated Yomigakure. It had been evident that Asami had gone mad with power. Being under the ground for so long had made her lose sight of the world. It had made her lose sight if herself. It had made her insane. So, they did what they believed was right and killed her. With much pain in their hearts, Kazumi and Seraphine went back to their ways. They continued to run their villages.

For years and years, the two villages continued to work side by side. Along the way, smaller villages popped up making Sungakure and Kirigakure look as if they were superpowers. Evtually Sunagakure would turn into a city having modernized very much since the beginning. Kirigakure had managed to become larger but with their location had a rough time modernizing.

A decade had passed and of course the villages had new leaders. Kirigakure was on their 15th leader, while Sungakure was on their 8th. Sadly, the 8th leader would die and they'd pick a 9th leader. It seemed as if Kirigakure had been highly suspicious of Sunagakure for a while. They spoke of takeovers. They spoke of world domination, however they were wrong. Nonetheless, this had caused another war. These two powers clashed everywhere. They simply slaughtered each other without hesitation. It was chaos. The war seemed to be heading in Kirigakure's victory. However, it seemed as if some female from Sungakure's side began to turn the tables during the last battle. She slaughtered a few hundred and didn't even blink. A grin stayed plastered on her face. She seemed to be a sort of demon. Soon enough, the last battle of the war had ended and Sunagakure was victorious leaving only a hundred Kirigakure villagers alive. However, in the process the 9th village leader for Sunagakure died. So, the 10th village leader was named. She would be called the Mother of Sungakure, Akira.

After about 3 years of being the village leader of Sunagakure, the village found itself in an awkward position along Wth its leader. The whole village had managed to relocate itself. All of its people had been dragged into another world. Some hoped and prayed to their "god" that it was his doing. Others simply wanted to explore the world and see how suitable it was. Eventually, they came to the conclusion that it seemed peaceful. Nonetheless, Akira wished to keep her people safe. So, she would take great caution with her villagers and exploring. She simply hoped that the peace was real peace.
« View previous topic · View next topic »

» Deadly Ghosts
by Kasey Yesterday at 8:51 am

» Deep Dwellers
by Son Goku Yesterday at 8:47 am

» Mutuals
by Wanderers Yesterday at 8:45 am

» Mountain Top
by Kalashnika Yesterday at 8:44 am