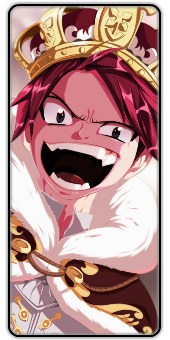 "Never a dull moment!"
Name: Xiba Della Robbia
Nickname: N/A
Gender: Male
Race: Foxtail
Age: 19
Birthday: August 31
Sexuality: Bisexual (Prefers Boys)
Unique Characteristics: Xiba has a tribal tattoo on their right shoulder. He also has a single red fox tail behind him, and fox ears perched on the top of his head. Xiba was once a fox, but due to a curse that turned him humanoid, he retained his ears and tails.

Personality: Xiba is an outgoing fiery by nature. He is very talkative and is not afraid to speak what's on the top of his mind at any given time, even when it is not most asked for. He has a non-dying happy-go-lucky attitude and always looks to the brighter side of every situation, even when times seem dull or down. Things could be going horribly, but because of Xiba's nature one would never even think twice about it. Xiba has fun in everything he does, from serious matters to trivial ones and is easily impressed by the smallest things. Childish at heart, Xiba has trouble acting his age, and is playful and laughing in the most serious matters. He's even has random bouts of laughter a times!

In combat, Xiba sees everything as a game. Rarely does he hold animosity towards his enemies and people, unless they've crossed someone close to him, in which he will go to the ends of the earth to see his friends thrive and succeed. He's selfles and will willingly go out of his way to help others and see them happy. When his friends are happy, so is he. When Xiba's friends are in danger, he tosses aside his free nature and happiness and becomes very enraged, acting completely upon impulse and not thinking about his actions. He will charge into fights recklessly to make sure he puts and end to those who endangered him or his friends. His rage gets the best of him at times, buy he has gradually become better at keeping it under wraps.

Overall, Xiba is a great person to be around. His jovial attitude and helpful nature can turn even the worst situations up for the best. Reckless and fiery by heart, Xiba is a friend to anyone that means well.

I see no issues. Approved~
Kaseki