Welcome Guest! Your last visit was . You have made 118 posts! Please welcome our newest member, blangkonjava!

Personality: Cool. Calm. Collected. Deep. Intellectual.... These are all words to describe the very essence of being that the world knows as Dregon. Dregon is a person lost in thought, finding his place in the world. To those that meet him, he leaves a mark on their lives. He is not someone you just forget. To those that know him, they do not use these words to describe him. They use the single word, the word that is impossible, improbable... "Perfect." Dregon is someone who can look at someone and know exactly who they are, how they are and why they are. This is not a power, but who he is. He sees it in your eyes, he sees it in your face. He is, the most interesting man in this world. He is a problem solver, not a problem maker. He looks out for sin and redeems the sinner. He is the one who arrives to a party first, and leaves last. He's the one who would lay his jacket over a puddle for even a stranger, just so they can have a nice day.

He wishes not to fight, but will if he must. He will watch from afar until it is necessary to include himself. This is not because he is weak, but rather humble. He wishes to end the fighting in the world to acclaim world peace. If it means he has to bleed out a man to get just an hour of happiness in the world, he will gladly do it. This is the person we know as Dregon. He is impossible to read, for his emotions are testing you. Every second that is spent with him is calculated and logged deep in the depths of his own mind. He never forgets, but will often try to trick you into thinking he does. He is the most honest and truthful person you could meet. If you haven't met him yet, they you will... in time.

Motivations:
- Reuniting with his family
- Remembering his past
- Settling Down 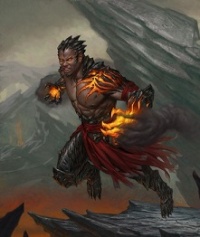 Since I'm fairly sure this is another Kaseki alt, I'll approve it.
« View previous topic · View next topic »

» Shiraiuh : Netherworld
by Anubis Today at 8:10 am

» Astora
by Soul Eater Frederich Today at 8:06 am