Name: Shane Mystic
Nickname:
Gender: Male
Race: Demon Halfling (Half Demon, Half Human)
Age: 165 (appearance age is 16)
Birthday: August 31st
Sexuality: Bisexual
Unique Characteristics: Shane is half demon, making him immortal in the sense that he cannot die of human sickness or old age. He can, however, be mortally wounded. Shane has a form that takes a hold of him sometimes, a demonic form that takes away all his reason. This form does not give him anything special, it actually takes away from him as it takes all reason from his mind. This form is purely for show.

Personality:
Out of combat Shane is sweet and nice, always ready to help. He hates to hurt anyone, or to so much as throw a punch, no matter how weak, so he is viewed as a bit of a pushover sometimes. Violence upsets him, because he knows the moment he is involved in violence he is likely to take his demon form. In his demon form he becomes like a slave to his own intense desire to kill in that state, unable to move or speak in any way that does not help him to kill. The only way he can be stopped in this state is if he is physically restrained, and restrained for a full 4 hours until the effects of his demon form wear off. In this form literally nothing else will stop him, no amount of reason can get to him.

In combat Shane tends to be timid and unwilling to hurt his opponents, he honestly hates the idea of hurting people who don't deserve it. However, if you hurt somebody he cares about he will show you no mercy whatsoever. No matter who you are, he will hunt you down and teach you a lesson you never forget: don't touch the people he cares about. Especially if you touch Alexandria, his childhood friend and one of the last remaining people he truly does care about. That enough warrants him to go all out, in his opinion.

As a leader Shane can also be quite timid, as he simply isn't forceful enough to get people to listen to him. He's too gentle, which is why as a leader he tends to have the power taken from him by someone else. As a follower is where Shane is most comfortable, and he does know how to do what he is told and when. Shane quite simply isn't a bright and shining star, he's quiet and supports everyone else.

Likes:
- Alexandria, his childhood friend
- Chocolate, he simply can't get enough of the sweet treat
- Cats, they are adorable and he can't resist petting one.

Motivations:
- Protecting his loved ones(Alexandria specifically)
- Becoming stronger so he dosen't have to lean on others.
- Getting rid of his demon form completely, so he can't hurt anyone.

Fears/Disgusts:
- Losing Alexandria, he has no family anymore so she is all he has left
- Death. Even though he is immortal he still fears oblivion
- Himself. He is afraid one day he will hurt someone he cares about. 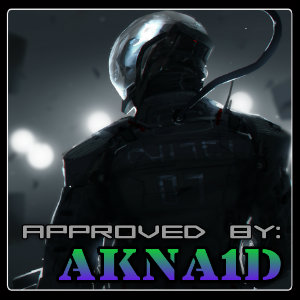