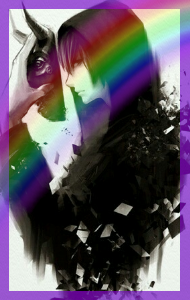 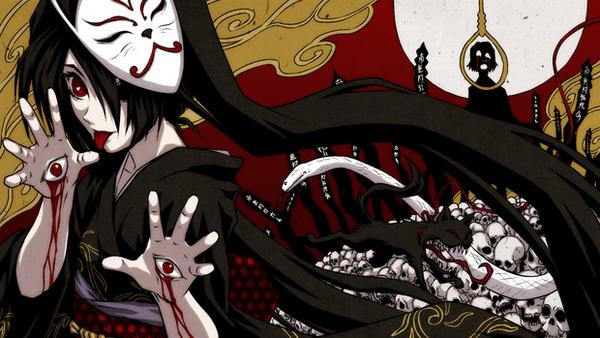 Name: Zerina Zayne
Nickname: Rainbow Reaper
Gender: Female
Race: Dark Faery
Age: 553
Birthday: Nov. 11
Sexuality: Bi
Unique Characteristics: She has Tattoos of eyes on the palms of her hands and always carries around a crimson umbrella. Because she is a Faery she is able to fly up to 15 meters in the air at will. 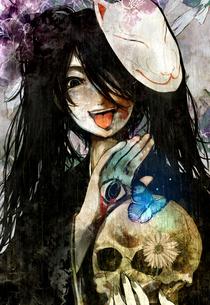 Personality: Zerina Zayne is a Dark Faery which means she is naturally unsettling and, Of course, awkward almost all the time; especially around the dead, During funerals she is often seen sleeping in the cassette with the dead being because she thinks its comfortable to be in a coffin with a dead person. It is in the Dark Fae's blood to love the dead and she very much so follows this love and is attracted to the darker and deadlier things in life. Like her magic, Zerina Zayne steals the color from anything she can get her hands on, turning it to a black, grey and white like scene. Zerina enjoys playing with her umbrella by spinning it on her shoulder over and over again which is quite calming to Zerina, But is probably annoying to many others- not to mention distracting. Regardless of her natural dark nature she does not like seeing people in pain and she will do anything usually to end the creatures or persons misery by ending their life or finding out what the root of the problem is and ending it.

On the field of battle she retains her calm nature by taking it nice and easy while walking at a steady pace at the enemy or enemies; Often spinning her umbrella to pass the time. She thinks if she takes it slow maybe her enemies will be dead before she gets there, Which only has happened a few times. When someone makes her angry she will do everything in her power and speed to get to them and end their existence; Zerina does not care about the calm nature when she is in a rage- She will go all out as quickly as possible to kill whoever is in her way in order to kill the person who made her angry.

Motivations:
+ To find her dear cousin, Ruby Snow.
+ To Wield a Keyblade.
+ To steal the color of everything she comes into contact with.

Fears/Disgusts:
- She Fears.. Potatoes.
- She is Disgusted by living humans.
- She Fears someone will take her Crimson Umbrella.

@Zinnia Don't ever try and grade an app ever again. You are not a mod. Unless I'm personally training you, don't ever do that again.

@Zerina Zayne lower the max height to 15m. Rules change. Everyone else who has the flight is grandfathered. No one gets this passive anymore. But I'm going to cut you slack. also fix your height.