Name: Kazai
Nickname: Master Assassin
Gender: Male
Race: Human
Age: 20
Birthday: 10th of October
Sexuality: Straight
Unique Characteristics: Doesn't show emotions. If he does, then it will have to be an extreme emotion.

Personality: Kazai has a carefree demeanor, he doesn't care what people think about him anymore. The boy doesn't care if someone hates him, likes him, or even loves him, he's not interested in relationships at all. There might be someone, someday, that might actually make it on his list of friends. Outside of battle he just likes to hang out, views the world, gets to know more about the place that they live in and all the strange phenomena. Kazai isn't a stone-cold jerk though, he likes to help people, he believes that if he does all of these nice things, then it makes up for all the people he has killed throughout his lifetime. There are too many to even know that though, he will never be able to fix what he had done. Most of the time he likes to make fun of other people playfully, be sarcastic, or sometimes let his real side show for once, which isn't a great side of Kazai. When it comes to him and something he needs, nobody is his friend, and the only person that matters in that moment is him. He will do anything to get what he wants and he doesn't let anyone get in the way. Kazai always picks what is best for him, even if it is robbing a bank or killing someone if it is the better of him then it doesn't matter. Being born as an assassin was hard, he has very conflicting emotions, one day he couldn't care for anything else in the world, the next day he'd want to kill everyone in the world, and the day after that he'd wish that he had some friends, just one friend in this world where he has nothing at all.

In battle, it's a different story. Kazai's glare causing a dark shadow to go across his face, his pupils to disappear, and a cruel smile that spreads ear-to-ear on his face. The man has been raised an assassin his whole life, he knows every single place to kill people. He can take their hearts out of their chests and put it into a bag without them even bleeding just a little bit. He unintentionally channels so much killing intent that people can't even breath unless they're used to the full force of someone who has been killing people ever since his hand had touched a blade. The one that stabbed his mother's eye out and almost half of our face at five, the person that pulled his brother up and whipped him until he apologized for everything he had done to Kazai at seven, the one that had become dubbed the Master Assassin, and had even beat his grandfather, the most world-renowned Assassin? Kazai doesn't like showing his power, sometimes he gets scared at how strong he is, or how cruel he was. Sometimes he just wishes he had a normal life, but there is no such thing as going back in time. So you just had to live with your mistakes.


Likes:
- Blood: Kazai loves blood with a passion. He loves the smell, feel, even the taste of blood. It's so exhilarating and he can't help it, it's intense bloodlust that he doesn't even know what happens until it's over. That's why it's dangerous to fight Kazai, once you bleed your fate is sealed.
- Power: Kazai likes the fact that no one can stop him, or so he assumes. He likes that he can grasp someone by the skull and crush it, and the weaklings around him could only scream in shock and run away, not being able to do anything.
- Company: Kazai would never admit it, but sometimes he does get lonely. But no one understands his pain, he can't explain it to them, nobody understands! He just wants a friend, someone like him, someone that he could relate to.

Dislikes:
- Disobedience: When someone doesn't do what he wants, it flips his switch. Kazai will not take 'no' for an answer when he knows that the person is weaker than him, and he tells him no? That pisses him off beyond belief.
- Romance: It's nasty. Yuck. Why do people want to fall in love, have kids, and start a family? That's stupid as fuck, there are no such things as romance in this world, there are only things like lust and the needs of a human being that make these cretins have kids.
- People Stronger: Kazai does think he's all that, and when someone is stronger than him, he doesn't take no for an answer either. He will fight until he literally dies, just to prove that he isn't weaker than so called person, even if it might be the truth.

Motivations:
- Innocence: He wants to prove himself innocent. He doesn't care what people think about him, but it would settle his heart if he knew that everyone he killed had some reason to be killed, that they weren't killed for no reason.
- Power: He needs to be the strongest. He needs to be able to control the world, to become a god of all people, where literally no one could stop him and tell him what he needs to do. That's what he wants with his life, to be on top of the world.
- Companionship: There had to be someone out there that was like him, and he wouldn't stop searching until he could find him/her. They'd do everything together, rule the world together, just because Kazai couldn't take being alone and everyone hating him.

Fears/Disgusts:
- Friendship: He fears that after he gets approval, that approval won't be enough, that everyone would just approve of him because they feared him. That's not what he wanted, he wanted to be liked, no, loved, for once in his life. No one has ever been there for him.
- Heights: Kazai can't stand heights, he can do everything else, but no, not heights. He imagines falling and all of his bones shattering on impact, not being able to do anything as the building you were in tipped over, and you had nothing connecting to your feet except for air.
- Girls: The assassin has never really experienced girls his nineteen years of life. Sure, he's been flirted with, but never anything more than that. He understood puberty and what sex was, but he just wasn't ready for any of that, how would he ever be ready for that?

Height must be 6'0". Just putting an apostrophe doesn't tell me the height.
(Yes, I totally nitpick this)
@Shane 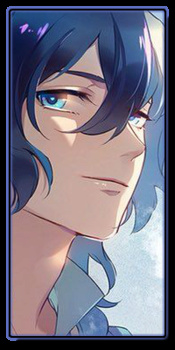