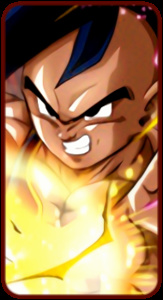 Name: Rhyolo Ruby
Nickname:
Rhy
The Flaming Rhino.
Gender: Male
Race: Fire Elemental/Human
Age: 17
Birthday: October 4,
Sexuality: Straight
Unique Characteristics: Made up of fire but takes human form. He has a tattoo of a rhino on his right forearm.

Personality: Outside of the battlefield, Rhyolo is a pretty chill guy. He usually just minds his own business. You don’t mess with him he won’t bite at you. Though he does have this side of him where he has to stop for something that obviously isn’t right. He is kind of anti-social though. He likes to have few close and keep that way. He is the guy that never fits in and just got used to it. Also he really is kind of a though guy. He rarely ever shows his emotions. In public at least. with him growing up and going through puberty he has learned to manage his spectrum of emotions while in public.  But once he is alone he lets them out. Also he really doesn’t trust anyone but a few. and that is if they are like family to him.  And then again that is rare because he barely has any to start. Rhyolo is also a very determined person. He will never give up on anything if he puts his mind to it.  His main goal is to become one of the if not the strongest wizard of all time and crush all that get in his path. but that is not his only life ambition.  He also wishes to be an intelligent person. Not just your old run of the mill college professor but a person who knows a lot about many different cultures, other basic fundamentals, as well as just trivial knowledge. But despite all this Rhyolo is still a kid and loves being one. He also like to crack some jokes and be funny. Though almost all of his jokes are cringe worthy, he still attempts them and laughs at them.
On the battlefield however, Rhyolo is a different person. He may as well be the entire army of the Zulu tribe. He is a complete savage when it comes to power. First, Rhyolo will attack whit just brute force. For a while. Once he has seen your moves he will attack accordingly to take you out. When he is in battle he is deadly serious and/or extremely engulfed in rage. And unless this is a spar, training, or he plans to just spare you for some reason he aims every attack to kill. he will give it his full effort to in fighting because he never knows if it will be his last day on this earth. If he is fighting with you he sees no reason for you to exist to bother him or anyone else again. Rhyolo usually prefers to fight solo but he will fight with a team when necessary. Though he rarely ever groups up he is a good leader. He knows when his team is tired and when they are giving it they’re all. He also can know his team’s strengths and weaknesses in battle and use them to their advantage. He is also a firm believer in no man left behind. No matter what they contribute to the tam each member plays a part of the team and Rhyolo understands that and acts on it.

Motivations:
-To Crush his doubters
-To become the strongest ever
-To become knowledgable

Fears/Disgusts:
- Corpse’s disgust him
- he fears Betrayal
-Abandonment is what he fears most.