Name: Cynthia Celeste
Nickname: Cyn
Gender: Female
Race: Demon
Age: 175
Birthday: April 1st
Sexuality: Straight
Unique Characteristics:
Cynthia is a demon, making her immortal in the sense that she cannot die of old age or of any mortal sickness. She can be killed by a mortal wound, or if enough holy water is poured on her.(really anything holy can kill her in large quantities) In small quantities, holy things will burn her.

Personality:
Cynthia is a bit of a tsundere, as some people would say. She is typically mean and a bit scary to people she cares about, though she does in fact have a heart underneath that icy attitude she has on the outside. Cynthia is in fact cold and rude, but she actually cares a great deal about the people around her, and would do anything to save them. Cynthia hates it when people are whiny little brats, and refuses to deal with crybabies.

Cynthia loves to cook, to create new dishes with her own two hands. she is actually a fairly decent chef, creating new foods all the time. Cooking has become her safe place when she needs to calm down, which is often, thanks to her 4 annoying siblings. Cynthia is the middle child of 5, with an older brother and sister, and a younger brother and sister. her siblings, in order of age, are called: Shade, Hazel, Sebastian, and Lilian, the youngest.

Cynthia likes being alone, because only when she is alone does she trust herself to let her emotions out. She cares about people, but she doesn't seem to trust them with her heart. Cynthia thinks she can keep everything to herself and she will be fine, but her emotions leave her beaten down and broken, unable to trust other people fully, and unable to forgive others for past mistakes.

In combat, Cynthia is rather hot-headed, attacking whenever she has an opportunity, regardless of if it is a trap or not. Cynthia goes a little bit mad when fighting, and can be rather scary in combat, as she usually dosen't listen to anyone else when fighting, and because she simply won't stop until her target is destroyed. Little else matters to her in combat besides the thought of winning.
Likes:
- Cooking. She gets to create, and creating things makes her happy.
- Being alone, because only when she is alone can she truly have her own thoughts and emotions.
- Food, Cynthia likes eating food as much as she likes cooking it.

Dislikes:
- Crybabies, they annoy her deeply
- Loud people, she has 4 siblings and has grown to hate too much noise
- Bad cooks

Motivations:
- To create amazing new food
- To find love
- To become the most powerful

Fears/Disgusts:
- Bitter food disgusts Cynthia
- Never being able to show her emotions
- Becoming a whole new person because of her icy exterior personality would influence her to 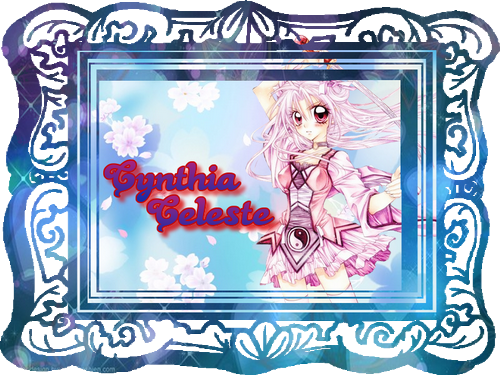