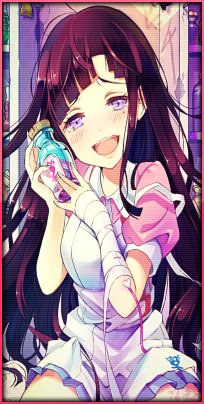 
Personality:
Completely and unnecessarily optimistic in damn near every situation she is placed in. Holly can't seem to ever be unhappy about anything, including death. Her overly cheerful disposition is almost perverse in it's execution and no matter what she can see a golden lining in every dark cloud. Yes Holly is like that first taste of chocolate. Sweet, sensual, and usually leaving people wanting more. In her life time she has learned that getting on people's good side is usually the way to go. Holly tends to " adopt " the traits of others in order to fit in as a survival tactic and there is no limit to how far she'll go to be accepted by those around her.

Hedonistic in her approach to life, Holly enjoys her freedom and has a strong dislike for things that seek to take that away or restrict her. For someone who loves nearly everything the things she does dislike she could never truly hate. It's more like an annoyance than anything else when it comes down to that. Never the smartest cookie in the jar she does have her own bouts of misplaced wisdom, usually catching herself off guard when she spouts it from her mouth without even thinking about it. Besides that she almost seems like a child most of the time with her overly curious nature towards the world around her. This is because she honestly has very little exposure to the world not only making her curious but awfully naive as well.

Holly is also extremely non-confrontational and hates fighting of any sort. If placed with a choice to battle she would run and hide and stays quiet during arguments, only opening her mouth to say sorry. Of course if she had to fight she would without a doubt use everything to her advantage and spare no opportunity to run away or keep her distance. She prefers a long range fight because she is too scared to go blow for blow with physical combat. If anything Holly's only reason for ever being on the battlefield is to heal her friends or anyone else who might be in need which honestly would make her the worst ally because she would just go around healing everyone, as her sympathy would get the best of her. On a coin toss though Holly has a rather.... high tolerance for pain and enjoys it thoroughly, effectively being a masochist and a rather horrifying one at that. Due to some daunting history her nerves do not register pain properly and instead she feels intense pleasure where pain would be. Being the hedonist that she is Holly will go in for more once she has had a taste making fighting against others hard since she would rather not fight back in the first place. Although this is true she knows she can die and to her despair she has to fight to live.

Dislikes:
- Having people dislike her
- Feeling any sort of negative emotion
- Sour foods

Motivations:
- To find and achieve the ultimate pleasure
- Start a family
- Become someone Important

Fears/Disgusts:
- Not being able to have children
- Claustrophobia
- Flying 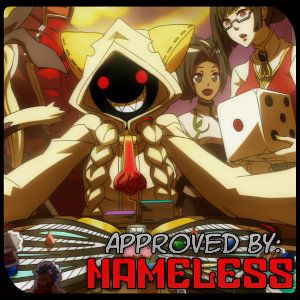 » Smiley Suggestions
by Fetus Yesterday at 8:22 am

» Dungeons & Dragons
by Diena Yesterday at 8:19 am

» A New Neutral
by Cynthia Yesterday at 8:19 am

» Shiraiuh : Netherworld
by Natsume Yesterday at 8:19 am

» Ninja Star
by Matatabi Yesterday at 8:13 am

» Rebel With No Cause
by Yuki Yukiko Yesterday at 8:12 am