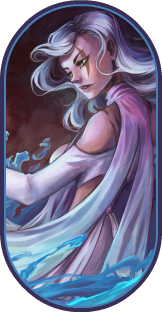 Name: Vyllaea Ylldra
Nickname: Vyllaea, Vy.
Gender: Female.
Race: Shapeshifting human.
Age: 23 years old.
Birthday: 23 of May.
Sexuality: Straight.
Unique Characteristics:
Hands:
Her left hand has 3 long white scars, which are old knife wounds. One goes from her index knuckle and stretches across to her wrist. She also has the two other scars across the space between the original scar and the edge of her thumb. These are two hair-thick scars, one being at the base of the thumb that is around 2cm long and curves towards the long scar. The other is smaller, runs parallel to the second scar and is half its size but half way to the wrist.

Face: She has a horrible scar across her face that arcs across her left eye like a crescent moon. Over her cheekbone and brow, the scar is thicker than the rest of it. This scar shows the damage done to her eye.

Back/side scars: She has smatterings of scars across her back which curve around her side slightly. By far, her back is the worst area of her body when it comes to these. Long, thick (the damage over an inch wide for each one), diagonal scars that stretch from her right side and up to her left shoulder are 3 in number. There’s 2 more that are parallel to these scars, but are much thinner, about 1 inch thick over her shoulder as they loop over it and are visible on the corner of her collar of shirt. Her back also has deep, criss-crossing scars, across her shoulder blades. On her lower back, there are 3 faint scars which curve around her right side and are visible on her abdomen.

Front: As just mentioned, she has 3 marks across her abdomen which falls just shy of the centre of it. These are incredibly faint, almost unable to be seen aside from the shine of silver from them. The two which are coming over her left shoulder end just shy of the breast. These are thicker at the shoulder, but are thin by the end of the length. She also has 4 knife scars under her right breast that are still on the ribcage. They start near her sternum and follow the ribs around her body, but fade out before they reach her back. The 4 knife scars are faint compared to her back.


Personality:
Vyllaea is a complete jerk, a mere shade of her personality before. Corruption and hatred filled her heart, her entire being, and made her into a hellbent woman on a mission to practically make whoever came into contact with her suffer. She hates the worlds and what they have done to her, that life tore the very things she adored from her. That her trust was misplaced in someone who turned around and truly damaged her. After they marked her abdomen with three scars, she didn't trust a single soul, permanently damaged by their attack against her. She's incredibly distrustful, believing that everyone is out to benefit themselves. Vyllaea would rather people fall to their knees in agony over them living and standing next to her.

Although she's a tormented and harsh soul, there's still a small flicker of kindness residing inside her soul. She may be kind off a whim, but she'd never acknowledge doing such things, instead, choosing to scoff and tell them to . . . Impolitely go away, but in much more words. Vyllaea, despite being how twisted and rude that she is, will always stop to help people who she deems needs the help. She prefers that works of kindness remain hidden, away from prying and public eyes.

But inwardly, Vyllaea is like a lost child, crying out for help. Although distrustful and partially not wanting to become close to anyone in fear of them backstabbing her once more, she inwardly wants someone to be there for her to even remotely talk to without looking at her like she was a freak.

Truth be told, Vyllaea carries a bigger burden than most, although erased from existence, she still carries it and it is this weight that causes her to be so horrid.

In combat, Vyllaea doesn't care for herself. She will fight tooth and nail to get what she wants, even if that involves arguments, to fist fights, she doesn't care. Vy wants what she wants, and wants it there and then, so she's... Prone to distractions and easily getting mislead through her own hatred.

Likes:
-Swimming.
-Hunting.
-Colourful rocks or gems, she collects them.

Dislikes:
-She tends to not have too much time or patience for people who take forever to understand things.
-Lightning users.
-People who have no initiative and somewhat mope around doing nothing.

Motivations:
-Seeking truths, even if she'd never find them.
-Admittedly, finding those small and colourful gems.
-Although a bit darker, she wants others to know the pain and betrayal she feels.

Fears/Disgusts:
-She’s also terrified of the fire. She simply can’t stand any forms of it and easily snaps under its very appearance.
-Vyllaea is also terrified of needles.
-Although she's disgusted by labs, she won't mention it.

Eyes: Her eyes are naturally green, but the one with the scar over it is a little grey.
Hair: White.
Height: 5'4
Weight: 47kg (or 103.617lbs)
Complexion: White, she is a ghostly white.
Vyllaea 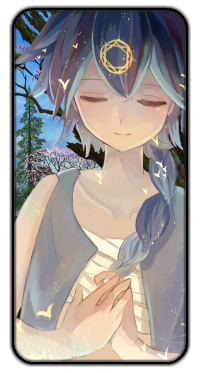 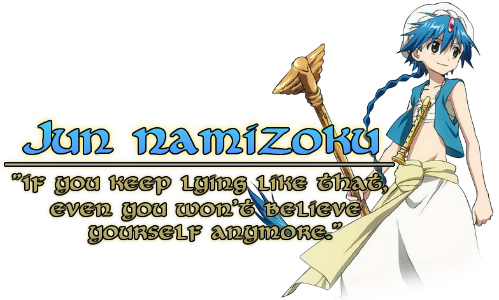