Welcome Guest! Your last visit was . You have made 118 posts! Please welcome our newest member, Dancu!

Chess in the Park (Private) 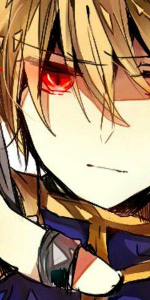 Chess in the Park (Private)

The world was a crazy place sometimes. It was funny how Kokichi felt as though he could walk anywhere with such relative ease, with only a hint of being tired - and yet it had felt like he had stumbled upon an entirely new planet. This normal guy with a passion for travel just happened to stumble upon this huge place known as Edolas, and he couldn't wait to check it out. Thankfully, his feet weren't exactly tired or anything, so Kokichi was able to walk around the city as much as he wanted (for now) without worrying about his feet getting tired or anything. After purchasing a small snack, specifically a bun filled with sweet bean paste, Kokichi would wander down a rather quiet street of this particular town. It seemed as though in general this was the least busy place in the entire area. Kokichi, munching on his bun as he walked down the road with the other hand in his pocket, enjoyed the fall weather and wind pouring on him.

Eventually getting tired, Kokichi stopped at a small park. There were a few children playing and whatnot, as well as some elderly folk on the bench - but what interested him most was a small chess table with a complete setup and 2 empty chairs. Kokichi ended up deciding to go and sit down on the chair anyways, and began to eat his bun (which was half gone by now) while also believing that it was likely someone would show up for a game of chess with him. He wondered who would be so kind, but all the people in this town seemed pretty friendly. He was sure that eventually, someone would step up, or rather sit down to the table and play a game with him, and perhaps he could learn more about this mysterious land he had wandered into.
PhoenixRises101 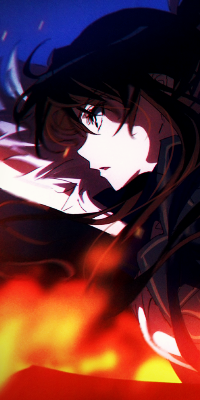 Re: Chess in the Park (Private)

It was a bright and sunny day just like any other day causing the young freedom fighter to scowl in distaste towards the scorching sun. She did not mind the blazing heat –she enjoyed it, in fact. Yet, the sour note was simply because there were no variations to the bubbly and energetic atmosphere she currently found herself in. It was as if she had stayed transfixed in time going nowhere and everywhere all at the same time. Still, she could not place the reason why she felt that way. It was simply ‘because’ she did and it threw her off. As she saw it, there was no true freedom in this way of life. The mundane did not allow for the creativity of life to take place. In fact, it implemented and cemented the idea of conformity and uniformity that Bea found quite frustrating. With the way things were now, she could only foresee that if things were to change, she would need to bring about that; Even if she were to turn the entire world against her.

With that thought in mind, the freedom fighter sighed softly as she sidestepped some incoming traffic. She had come to hate the world she found herself in and, yet, she loved it all the same. Undoubtedly, these were conflicting emotions yet there was something about this place she wished to protect. Not because she wished to, but for someone else. Only problem being, she knew of no one she could ever feel that towards. She shook her head as the lingering reminders of her headache began to make themselves known. If only she could remember but, at the same time, she did not wish to. Her past life was gone. The only things that truly mattered now were the present and the future. Therefore, she tried to suppress the rising memories and avoid herself the identity crises. After all, she had been warned by the Phoenix to ignore her past life and live her life as a new person. But, like all things, it was easier said than done.

Determined to rid herself of these thoughts, the revolutionist saw it only fitting to find peace by occupying her mind with something else. It would be then that she would find solace on an ad placed at the center of the town square. It was a rather large banner which rustled in the breeze as the glossy cloth glistened underneath the sun. Down below it, there were crowds eagerly discussion the event that was to come. The fighter squinted as she tried to see what the commotion was about. Upon reading the words, Bea blinked several times and attempted to read it once more. Much to her surprise, the words ‘chess' and ‘fun' stood out almost as if they were friends. The fighter shook her head. It wasn't that she hated the game. It was more along the lines that she hated playing it. Not for the game itself but, rather, due to the fact that she obtained a splitting headache whenever she actually sat to play.

Weighing her options, she finally decided to head over to the park for a practice run. As per the reasons why, she had decided it was best to try the game again. If the headaches came, that would be it. Yet, if she could overcome the pain then it would prove all the better. After all, it would go to show that she could live her life without the looming memories that cried for their return. Sure she was stubborn but it was simply the way she was. With newfound determination, she made her way towards the park and slowed her pace upon reaching the chess tables. Her eyes scanned her surroundings until; finally, they stopped and rested upon a soul with no one to play with. She felt a pang of pity for the poor man and, with the light of Lady Luck on her side, she decided to draw near. "You do realize that if you never move a piece, no one will join you, right?" Perhaps it was out of the blue as she came up behind the young man but she hoped he would not take her inquiry the wrong way, “Unless you're waiting for someone?” Regardless of his answer, she would introduce herself. "The name's Bea," she would continue shortly thereafter. "Mind if we play a little game?"
« View previous topic · View next topic »