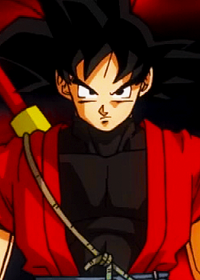 Personality:
Kenny can be summed up in a few words, determined, flexible, immature, aggressive. These traits are due to his raising more than anything. Due to scrounging up pennies growing up and trying to maintain a positive attitude. To his family he's a ray of sunshine, always smiling and hard working but to a stranger, he can easily come off as pushy and bipolar.

Call it what you want but all in all the only way to truly describe him is just his name Kenny. He is very easily mortified and will apologize for small things like bumping into someone in the hallway or accidentally eating someone else's lunch. He's a simple guy really or so he would seem.

While he can be pushy and bipolar on the outside beneath his hard exterior lied a sensitive soul liable to break down at the most inopportune times. He has many fears, the biggest being, being alone all his life without anyone to call is. it's a selfish desire and he knows full well it's not any good for someone who wishes to help others but the desire and lust for companionship at times can slow down his growth. He won't cry in front of others, but when the going gets tough he'll break down and lose hope.

In combat situations he is an incredibly simple fighter he believes in force over all other things and will often rush into a fight without thinking about it too much. It may not be effective but it simply is how he is when it comes to battle. He is just a guy, not much more can be said or should be said. What more can be said? Nothing much, just that he enjoys the simpler things in life as well as life. Not much to see here.

Fears/Disgusts:
- Doctors
- Getting stabbed by needles
-Failing his family.

» Activity Check Item Rewards
by Viktor Vie Yesterday at 11:57 am

» Regarding Organizations [OPEN]
by Ravage Bones Yesterday at 8:20 am

» Three Two One
by Soul Eater Christine Yesterday at 8:20 am