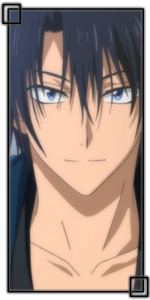 Name: Pierce
Rank: D
Cost: 10
Magic: Knight's Magic: Spirit Sword
Element: Spirit
Description: Holding the Magic Sword in his hand (or both hands), and lunging forward with the blade (as if he was going to stab) the user fires a piercing energy beam from their sword meant to go through an opponent's defenses.
Strengths:
- Deals a D rank of Damage upon connection with an opponent
- The range of the beam is 10m
- It occupies roughly a 1x1 ft square in length/width
-Can be used even if the sword is broken, by holding the hilt at the very least.
Weaknesses:
- Its small target area makes it hard to land on small or fast opponents.
- Only stretches at 5 m/s, meaning anything faster than that can counter it/avoid it.
- Limited to a piercing motion and cannot be used for a slash (as that would be a different spell)
- Doesn't have an advantage against any element (meaning it's a pure rank vs. rank type spell)
-Can't perform this spell while moving.
Duration: 1 Post
Cooldown: 3 Posts

Name: Crescent Slash
Rank: D
Cost: 10
Magic: Knight's Magic: Spirit Sword
Element: Spirit
Description: Instead of a lunge, this time the user channels magic through their sword and swings it in a slashing motion. From that slash a wide crescent of magical energy is formed and launched towards the opponent.
Strengths:
- The Crescent takes up space equivalent to a 5x5 ft square in length and width
-  Crescent Deals a D rank damage upon connecting with an opponent
- The Crescent has a range of 5m
-Can be cast even if the blade breaks, as the user can channel the spell through the sword hilt.
Weaknesses:
- Its limited range reserves it mostly for mid-range combat. Anyone who specializes in ranged magic attacks and doesn't get in close forces the caster to get in close to make the spell work.
- Has no elemental advantages due to being a Spirit Spell.
- Limited to a Slashing Motion
- Can't move while casting the spell
Duration: 1 Post
Cooldown: 3 Posts

Name: Knight's Step
Rank: D
Cost: 10
Magic: Knight's Magic: Spirit Sword
Element: Chaos
Description: The user displaces themselves with magic, warping their body and teleporting a short distance with sword in hand. This simply allows him to avoid an unwelcome attack or change his positioning to confuse an opponent, or to run away if need be.
Strengths:
- Can displace himself 10m
- Range of 5m
- Is allowed to carry sword while casting the spell
Weaknesses:
- Cannot teleport others
- Cannot attack before or after the spell has concluded
- Must be able to see an attack before the teleport can be used to evade it
- Cannot teleport except in a straight line.
Duration: 1 Post
Cooldown: 3 Post

Name: Knight's Blessing
Rank: D
Cost: 10
Magic: Knight's Magic: Spirit Sword
Element: Life
Description: By bestowing upon a worthy individual, or simply blessing unto himself, the user can bless a target with life magic. Through this spell some of their wounds may be lessened or outright healed, as the user channels positive life energy into them to rejuvenate their spirit. If cast on himself he is instilling himself with positive energy to reinvigorate himself for battle.
Strengths:
- Can heal 1 D rank of Damage
- Bestows upon the target with a pleasurable feeling
Weaknesses:
- Range is limited by touch
- Cannot heal someone already at 0% HP, as this spell is meant for minor wounds
- Cannot move from his position when casting the spell
Duration: 1 Post
Cooldown: 3 Post

Re: A Knight's D Rank Spells

Pierce - I rule rule that this spell can be cast as long as you are holding the grip of your holder item. meaning if the blade is broken, the spell can still be cast, like a ghost sword.

Crescent Slash - Fine as is.

Knight's Step - Cannot what? Also can make this range 10m

Knight's Blessing - Unclear as to how he blesses/cures wounds with this spell.

Re: A Knight's D Rank Spells