Welcome Guest! Your last visit was . You have made 118 posts! Please welcome our newest member, Seki!

Kokichi had decided to work a bit more in Suna, allowing him to finally get his own place. The apartment he had wasn't exactly big, but it was nice, and the bed was super comfy despite costing him a lot of his savings. And where was he getting these savings, exactly? Well, he had taken it upon himself to be the new bartender in a popular spot on the western side of the village. Apparently the last guy who worked there had gotten sick, meaning they were out of someone to work for until the man got better - which apparently was a long time, if you trusted what the doctors said on the matter.

Kokichi had been pretty well liked by the regulars of the bar, having been known for having a good sense of humor and a pretty understanding personality. He was good at listening to people's problems, so many of the clients often would rant on about their troubles to him. Still though, he wasn't quite as well liked as the last guy, who had been one of the most loved people in town, but people saw him as a worthy replacement nonetheless. He'd been working there for 4 weeks now.

Kokichi had the afternoon shift today, so it was pretty quiet. The only other customers chose not to sit at the counter, opting for a booth in the back instead. So, here he was on cleaning duty, standing in his suit that had been required for bartenders to wear as he ran water over some of the dishes that people had used earlier. His shift was probably over, in, say, 20 minutes? If all went well, he'd be outta here soon. Still though, he kinda wished something eventful would happen before he got off. Kokichi did feel kinda bored.. sighing to himself, he continued to wash the cups, keeping an eye on the door, perhaps hopeful someone would come in to entertain him a bit.
Celeste & Sabrina 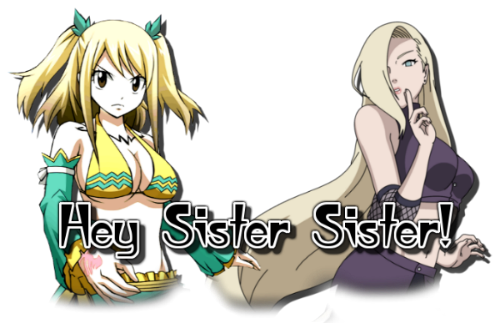 Perhaps one of the reasons Kokichi was hoping for someone new to come in was to try and avoid the two who were currently at the counter. Well, more like one - from his times serving the two, he had noticed that Sabrina was much more tolerable than her sister. Sighing as he put the glass he was cleaning into the sink, Kokichi begrudgingly made his way over to the counter where the sisters were sitting. He didn't really mind the two of them, but in moments like this he certainly could get a bit irritated, mostly with Celeste. Pouring out another drink, Kokichi looked down upon Celeste, an annoyed expression on his face. "You know, you could be less loud..." he muttered, deciding to stay near the counter where they were despite all of this. Kokichi supposed this was better than being bored, at the very least. "What about you, Sabrina? You want anything?"

The situation reminding Kokichi of just how many glasses of liquor he had poured for Celeste so far today, he couldn't help but feel as though he had to lecture her. He did it out of kindness, of course - she was young after all, and honestly, nobody really had an excuse to drink that much in the afternoon. Pointing his finger over at Celeste a bit, Kokichi spoke. "And Celeste, you know your liver is going to be dead by the time the year's over at this pace, right? Shouldn't you cut down on the day drinking a bit? Or just drinking in general?" Rubbing his forehead in frustration, he closed his eyes as though he had a headache. "You're good business, but I have half the mind to just ban you from ordering here for a while for your own safety.." While he was certainly annoyed, Kokichi also felt concerned about her. Looking over to Sabrina, he hoped to perhaps earn her approval. "What do you think on that matter, Sabrina?"
Celeste & Sabrina

Kokichi didn't really expect his lecture to be taken well, so he wasn't too bothered by the fact that Celeste seemed to simply fall asleep at the counter. He supposed she was an adult, after all. Despite the fact he was concerned, there was nothing he could really do to stop her. Even if he did ban her from this bar, she'd just head on over to one on another street instead, meaning in the end he'd just lose business without ever fixing the problem at hand. Still though, Kokichi expected Sabrina to agree more, sighing as his hand rubbed the back of his head. "I guess so..." Looking over to Celeste on the counter, he was thankful that at least Sabrina seemed to keep watch over her. After all, there were probably a lot of men who would use her drinking habits to their advantage in this village. While Kokichi didn't think about it too often, he admitted that Celeste definitely was... appealing in certain aspects. "You should be lucky you have your sister watching over you, ya know."


Ignoring Celeste for now, Kokichi would just talk to Sabrina over the counter. There was still a decent amount of time before he was off his shift anyways, and he didn't really know much about the sisters on a personal level, especially considering they were regulars. Not to mention he certainly preferred to deal with Sabrina rather than Celeste, at least based off their past encounters. "So, Sabrina. I've never really got to know much about you and your sister. What do you guys do in the village?" He asked, hoping that her answer was one that involved their professions and not simply the fact that they spent so much time drinking. Or, Celeste at least.
Celeste & Sabrina

» Shifting Sands
by Queen Kali Today at 8:21 am

» Without a Way To Guide Me {Private}
by Soul Eater Christine Today at 8:20 am